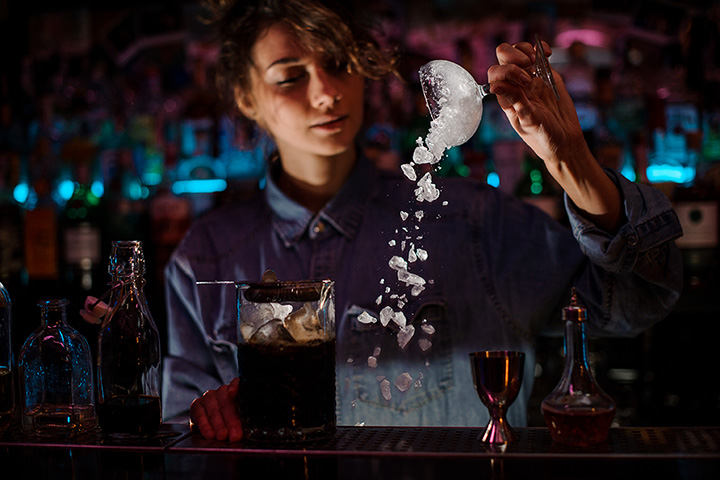 Tired of hanging out at your same old bar? Looking for something new to try? Take a walk on the adventurous side with New Jersey’s selection of outstanding speakeasy bars.

Franklin Social is a popular restaurant and bar in Jersey City, but another special treasure lies above it. The Junto is in the attic of this fabulous bar, and it’s an exclusive speakeasy that the city’s social elite like to frequent. It takes no reservations and only serves parties of 4 or fewer, so it’s the perfect spot for a date.

What do you do after you’ve had an amazing dinner at Rails Steakhouse? You head downstairs to the hidden basement speakeasy. Named for the year when Prohibition ended and alcohol was re-legalized, this speakeasy’s hidden passageways add to the mystique.

From the street, The Laundromat looks like, well, a laundromat. The back row of dryers, though, conceals a door that welcomes you to Morristown’s hottest watering hold. This speakeasy only welcomes guests over 23 so it caters to a more mature crowd, and live music completes the fantastic atmosphere.

As popular as Verve is on Somerville’s restaurant scene, it has a special secret that makes it even better. The 1933 room is the upscale speakeasy located above Verve. It’s a Soho-inspired lounge with a vintage New York vibe, making it feel like you’ve walked through a door to the past.

Most of today’s speakeasies are modern homages to the speakeasies of Prohibition. Murphy’s Tavern is different. This neighborhood spot genuinely served as an illicit speakeasy during Prohibition. It’s located in a basement just off the river, making it easy for bootleggers to access.

If you want a place to lay low, look no further than Laylow Cocktail Lounge. This Asbury Park bar has a classy atmosphere throughout its underground dwellings, giving it a spectacular speakeasy vibe.

While there are a number of hidden bars in New Jersey, No. 12 is something unique: a seafood-centered speakeasy. You can find it through a subtle blue door that requires an exclusive password that changes every night.

Frank Sinatra is one of New Jersey’s historical favorites, and what would be more fitting of the legendary crooner than a swanky hidden speakeasy? Inside the restaurant Monroe’s, you can find The Sinatra Room through a secret bookshelf passageway and with the use of a special password.

You won’t fall down The Rab*bit Hole in Bloomfield - it takes some know-how to get in. This speakeasy is hidden inside Blue Steel Pizza behind a secret door. As an Alice in Wonderland speakeasy, The Rab*bit Hole is something truly one-of-a-kind.

Nucky Thompson was a famed bootlegger in Atlantic City, the Hudson Hound restaurant pays homage to him in a fitting way: with a speakeasy, of course. Check it out at this popular Jersey City spot.

View more New Jersey Bars and Saloons.
Select a New Jersey town to find
the Best Things-To-Do and Places To Go around you