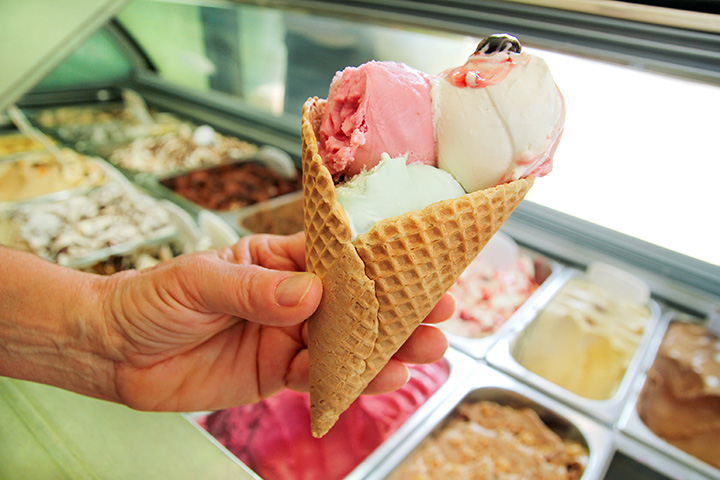 Got a sweet tooth? There’s no better way to cap off a meal than with a delicious scoop of gelato. Gelato is Italy’s smoother, denser, and creamier counterpart to ice cream. From chocolate chip to hazelnut, here are the best places to enjoy authentic gelato in New Jersey.

Open from Wednesdays through Sundays, Reggina Gelato & Espresso Bar aims to bring the tastes from the owners' Italian home town to New Jersey with their menu offerings. Flavors you might find include apple crisp gelato, chocolate, and vanilla. They also make their own chocolate chip ice cream sandwiches filled with chocolate or vanilla gelato. For even more Italian flavors they offer arancini, sfogliatelle, and other pastries.

Nasto's is a family-owned and operated business that is proud to sell Italian desserts. Both in-store and at their external stockists, you'll find ample gelato, sorbetto, and Italian ice flavors with favorites such as cassata Siciliana, cappuccino, honey fig, and zabaione. To accompany your gelato, you'll also find biscotti, sfogliatelle, and other pastries.

Gelotti's Gelato uses traditional techniques to make their gelato including seasonal and year-round flavors. To transport you to Italy, Gelotti's has special flavors including spumoni, tiramisu, torroncino, and cassata Siciliana, which is ricotta and cinnamon flavored gelato with candied fruit. In addition to gelato, they also frozen yogurt and ice cream sandwiches.

The Chocolate Bar is the perfect place for a sweet treat as the store has gelato, espresso drinks, sorbet, and tons of chocolate treats. The gelato on offer includes a variety of 25 flavors like stracciatella, hazelnut, pistachio, and brownie chip. Specialty flavors include nutterbutter, cappuccino, apple cider doughnut, and s'mores. You can also purchase gelato and sorbetto in a pint to go to enjoy at home.

For an authentic Italian experience, head to Gelato Dolceria, which gets its gelato imported from Italy. Gelato flavors vary based on the season, but you may find strawberries and cream, white chocolate, dark chocolate, cream, and spumoni. For even more Italian flavors, they offer Italian pastries, cookies, and espresso.